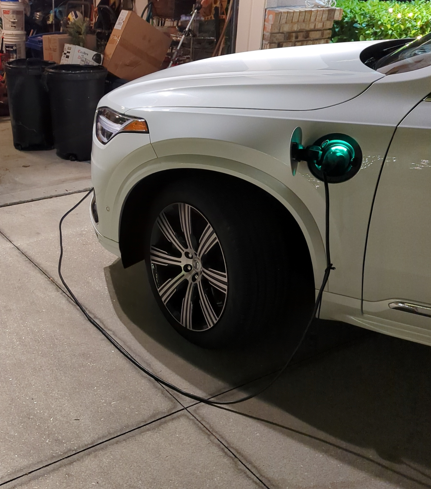 Oh, were you expecting a tech article? Nope. For the first article of 2022, I’m shifting gears (pun intended) and starting off with an automotive entry, specifically why we decided to trade in our Honda Odyssey for a Volvo XC90.

At the time, there were two kids running around and one of them was still in a full-sized car seat, so it made sense for us to buy a minivan – especially when our previous SUV started having issues. Back in school, both my wife and I both had Hondas (or Acuras in my case, same difference) and we decided between the convenience, size, and perceived reliability, that the 2018 Honda Odyssey was the best choice.

The Pros of a Honda Odyssey

There is a cult following of minivans, they’re big and built for people that continually haul lots of people and stuff…you probably already know these, but I’ll just go through them:

The Cons of [our] Honda Odyssey

The problems started quickly for us, with the first problem being a blank infotainment screen. Granted it came back after some time, but this was within the first 1,000 miles of owning a new car. NOT a good sign. Here are the problems we ran into during ownership of the car, in roughly the order they happened:

I won’t discuss all of the different vehicles we looked at, you know what your needs are, I will only say that my Wife test drove a Volvo, and it was pretty much a done deal. Safety is a major concern for us, so the Swedish car makes sense. We were also pleased to find out that the T8 model is a plug-in hybrid electric vehicle (PHEV). Put this together with our 5KW solar array, and we found a very efficient and comfortable option.

Also, if you haven’t seen the review by Jakub and Yuri over on The Straight Pipes, it’s worth taking a look:

To be clear, we are exceedingly happy with this new vehicle, especially in favor of the Honda Odyssey. However, there are some cons when coming from a large minivan so lets get them out of the way first:

There are other 3-row options out there, but for the most part, they are hybrids. The one notable exception is the Lincoln Aviator GT, but we found the Volvo to be a much smoother drive. The Volvo was also smoother when alternating between the electric motor and gasoline engine. You might think that the 18 miles of pure EV is silly and you will use the gas engine anyway. That may be true in your case – but not for us. Unless we are getting on the highway for an extended drive, or going on a long trip, we almost exclusively use the electric motor. We don’t use any gas on the trips to school, the grocery, or daily shopping.

Overall, the XC90 is a pleasure to drive and has been a flawless experience for us. The seats are vastly more comfortable than the seats in the Odyssey, and the overall ride comfort is exceptional. Charging is easy and quick with level 2 in our garage. If your in-laws happen to have a spare 20A 240V receptacle near where you park, then level 2 charging makes trips to their house that much easier (ours do). Be aware that this is a relatively small battery pack, not meant for long trips. In order to keep the battery fully charged between trips, you will need to get used to plugging in at home.

There is a bit of a learning curve with the electric motor, most obvious is the fact that it isn’t the fastest thing in the world. Becoming comfortable with the pedal position in hybrid mode may take some time. When in pure mode, you need to make sure you are not pulling out to close in front of anyone. If you do, you will need to use the kickdown pedal and fire up the gas engine. When the car switches from electric motor to gas engine (and back), it is completely seamless. We find that it frequently goes unnoticed.

I know better than to buy the first model year after a major refresh, but I never expected to have so many problems given our history with Honda. And I know what you are thinking, “You’re less than 10,000 miles into this new car, you WILL have problems later!!”. I am inclined to agree, but given how many issues we had almost immediately with the previous car, we’re already in better shape.

If anyone from Volvo is reading this, please make the upcoming long-range battery packs and electric motors backwards compatible with older models. I would happily pay for them when our current battery reaches its end of life.