*Note: If you are using PowerCLI v6.5 R1 OR the PCLI modules from PoSH Gallery, Please use the script v1.8 or later!* 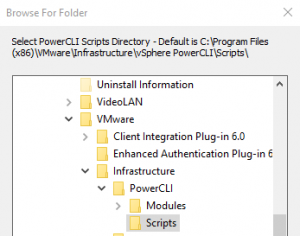 #Version 1.2 January 7, 2015
#-Added Import and Export functionality to output all data to XML that can be taken offline to generate a document at a later time

In previous deployments of VMware products (and many other products, really), I had used a few tools to generate some form of documentation, but for the most part, the end customer deliverable was completed by hand.

Enter Carl Webster and his XenApp documentation script. All it required was the XenApp SDK and voila! A beautifully formatted Word document that outlined the entire XenApp farm – all by running a single PowerShell script.

All of my past scripting had been in VBScript, and I knew that times were changing and everything was going the way of PowerShell – change is difficult. I forced myself to try to learn a bit of PowerShell here and there, but didn’t quite have it down like I wanted to. I was looking for an opportunity to solidify my PowerShell knowledge and get away from that “archaic” VBScript – this is that opportunity.

Carl not only provided the ‘Webster Documentation Framework’ that this script uses but has been a HUGE help in getting this done – not to mention the several others that helped with the Framework itself. That being said, this script will be housed on carlwebster.com in the documentation scripts repository.

I will tell you that there is a TON of information, configuration, and settings found in vCenter, the hosts, datastores, networks, VMs…the list goes on. This documentation is what I and others feel are a good collection of settings that are important and need to be documented. I’m sure there are more – and if you’d like for them to be added to the script, just leave a comment!

Here’s What You Get

The following items are documented in the default run mode:

The following items are documented in the full run mode:

Depending on the size of your environment, this script can take A LONG TIME to run. By default, the script will run in ‘summary mode’ (see above) but if you need to run in ‘full mode’ to gather more data, it will take EVEN LONGER. Why does it take so long especially in Full mode? The Word output is generating a beautifully formatted table in Word for every single Host, Network, vSwitch, VM…you get the idea. How can you speed up the execution time? Running the script in -Text mode will run much faster. Alternatively, if you are running Windows 8.1, you can use PowerShell v5 which has shown improvements of up to 80% (WMF\PS5 available here)

Where to Get the Script

The VMware Inventory script is stored in Carl Webster’s documentation script repository – http://carlwebster.com/where-to-get-copies-of-the-documentation-scripts/ There are a ton of other scripts to document Citrix XenApp, Microsoft DHCP, and many others.